Not only is this pub a grade II listed building, it is also on CAMRA’s London Regional Inventory and the description is as follows: “Over the crossroads from the stunning town hall, this is a pub in two parts – a late 19th-century building on the corner by Frederick Ashton (source: Pevsner’s Buildings of England London East, uncorroborated) and a major extension of 1903 along High Street North. The ground floor is now one large room wrapped around the servery (modern back fittings) but what makes it special are the ornate details, notably the lovely tiled frieze on the back wall of the older part of the pub with its plain green tiles and statuesque rose bushes, reminiscent of the Glasgow School. Above is a mottled alabaster band then a decorative frieze with tendrils swirling round stylised rosettes. In the new part (former saloon) the treatment is different with a ceiling divided into bold panels with deep cornices, and a high-level frieze with figures. The columns in the two areas are also different - thin Corinthian ones in the older area, chunky Ionic ones in the newer. If the pub's not too busy do ask to see the upper floor (now a function room). The front part was a restaurant and the back almost certainly a billiard room, and a very spectacular one at that with a fine skylight and a glazed-in servery with hatches. At the foot of the stair is a unique feature for a pub - a ticket booth-style shop for selling cigarettes and drink. This looks interwar as do many of the features of the upper floor. There is a separate, tall entrance with staircase from High Street North. History over the road: East Ham’s (now Newham’s) town hall was built 1901-3 to designs by Cheers & Smith and is particularly notable for its facing of glazed red Accrington bricks.”

The Denmark Arms featured on the Eastern Delights: Daytime Crawl of East Ham, Plaistow, Isle of Dogs and Limehouse in October 2019, and the Oriental Splendour: Daytime Tour of Dagenham and East Ham in October 2021. 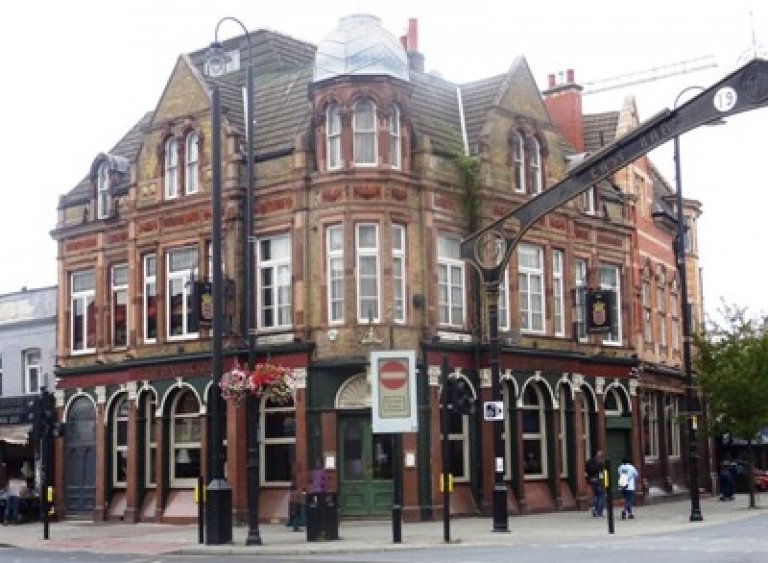 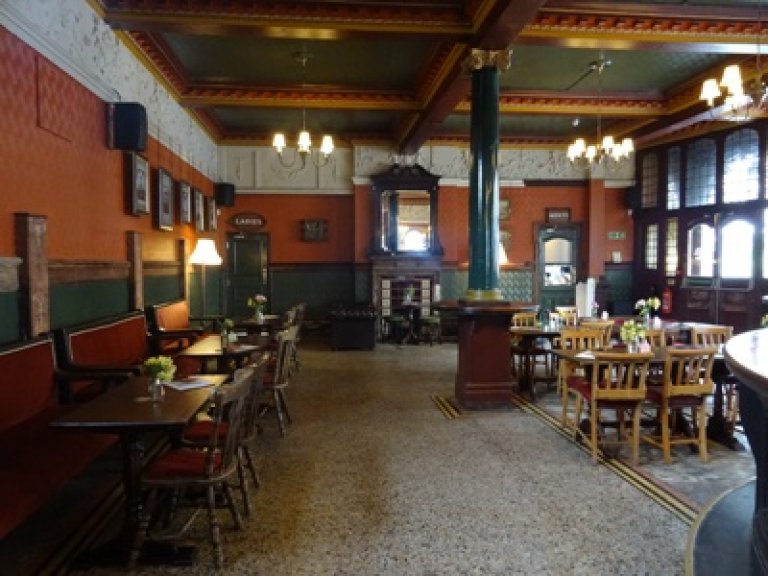 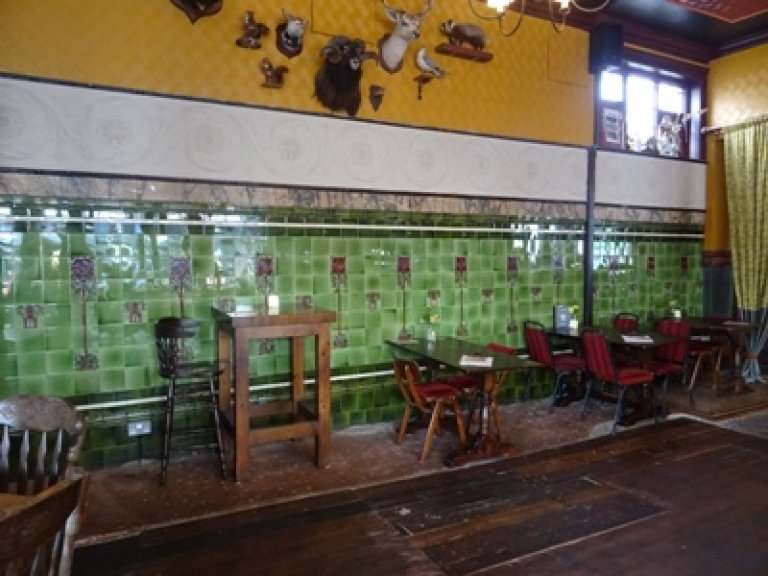 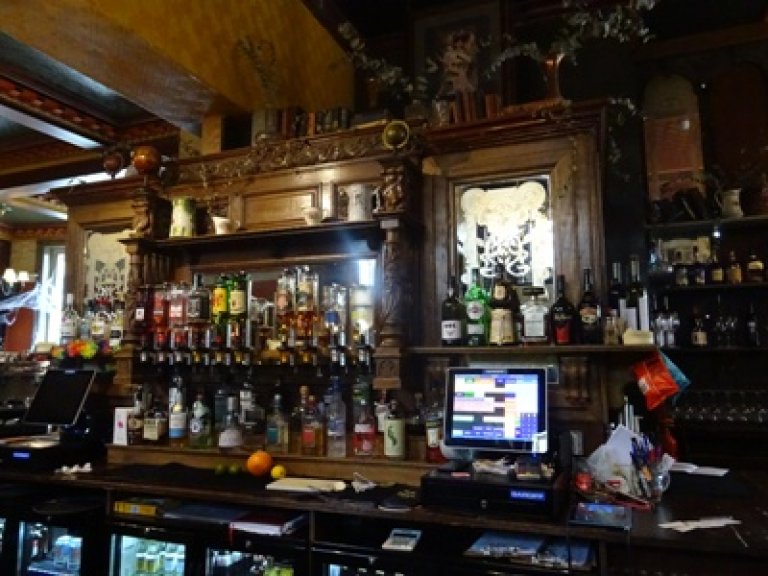