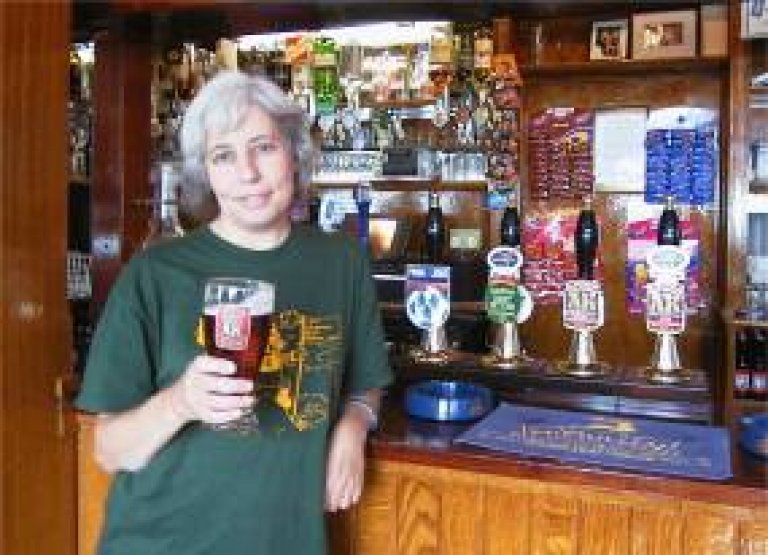 Jane Jephcote at The Wonder, Enfield

The London Pubs Group was established in the early 1990s to promote the preservation of historic and architecturally important London pubs. Meetings are held regularly (six times a year) and are open to any CAMRA (Campaign for Real Ale) members who wish to attend.

During 2022 the meetings will be held at the Royal Oak, 44 Tabard St, Borough, SE1 4JU (the nearest underground station is Borough). Pub tours are also arranged about six times a year and are open to all, whether CAMRA members or not. The tours usually concentrate on historic pubs but occasionally new or refurbished pubs are included in order to assess the quality of the design.

The Boleyn Tavern - A Return to Glory Remarkable Pubs has reopened this iconic National Inventory pub in East Ham following 18 months' closure and a £1.5M refurbishment. This refurbishment has seen the restoration of screening that separates the pub into its original seven drinking spaces, a practice usually seen in Sam Smith's pubs such as the Princess Louise. The former billiards room has also had something of a makeover, and now serves as a dining area.

It is a delight to see such a magnificent and historic pub interior in all its glory, looking as it was originally intended to look. The Boleyn Tavern featured on a LPG pub tour in October 2019, and you can read more about it here: Boleyn Tavern. Photographs above are courtesy of Kim Rennie. The Blythe Hill Tavern was listed because its inter-war fittings survive throughout, including curved counters, freestanding benches, imitation wood panelling, and two fireplaces – one with a decorated metal hood and another with a grey-blue tiled surround featuring a sailing ship. The link to the full listing description is here Blythe Hill Tavern The Admiral Vernon was listed because It has kept important elements of its original plan, fittings and character, built in the popular ‘Brewers’ Tudor' style with characteristic timber-framing and brick chimney stacks and an almost completely intact interior, including a games room, private bar, saloon bar and publican’s offices behind the counter. The link to the full listing description is here Admiral Vernon The Prince Alfred was upgraded due to its lavish fittings and its exceptionally well-preserved bar compartments dating from the height of the pub boom in the 1890s and gives a clear sense of the way pubs would have looked and functioned. Five small compartments, each with its own entrance, radiate from an elaborate peninsular servery. The drinking compartments are divided by ornate screens, all of them with a low service door to allow ‘pot boys’ to duck through to collect the glasses. The link to the full listing description is here Prince Alfred In conjunction with Historic England, CAMRA's annual Pub Design Awards are made in order to recognise the highest standards of architecture. These awards encompass refurbishments, conversion to pub use, new builds as well as the Joe Goodwin Award for outstanding refurbished street-corner locals. The Conservation Category is sponsored by Historic England. They are judged by a panel of experts in design and conservation.

Many London pubs have featured in the Awards over the years, and a list of those pubs is here: London Pub Design Awards The previous pub tour was... Campaigning to save historic London pubs

Many historic pubs in the capital have been closed down for redevelopment spelling the loss of centuries of heritage.

CAMRA has produced a comprehensive guide spelling out the processes that can be used to attempt to save a threatened pub. It can be found here: Saving Your Local Pub

ACVs - the best thing since sliced bread? What could be sexier than SI 2015 No 659? To be honest, these things probably haven't been said in the context of the new protections afforded to pubs registered as ACVs, but there is absolutely no doubt that ACVs are now much more important than they were. Read what Geoff Strawbridge, Greater London CAMRA Regional Director, had to say about pub protection in the June/July 2015 issue of London Drinker: Protecting Our Pubs

As always, the devil is in the detail. Read the seminal analysis that James Watson, CAMRA's London Pub Protection Adviser, produced for the Oct/Nov 2015 issue of London Drinker: James Watson on ACVs

Then in 2017 further protection for pubs was introduced:

The Lords introduced an amendment to the Neighbourhood planning Bill that would remove certain permitted development rights. The Government adopted the changes, bringing them into force by way of a Statutory instrument. Thus with effect from 23 May 2017 owners or developers were prevented from demolishing a pub, or changing its use to anything else, without first obtaining planning permission. This was a massive campaigning success.

In March 2021 the New London Plan was adopted. Policy HC7 of the Plan, and its supporting paragraphs, provides a robust pub protection policy to which Local Planning Authorities should adhere. The policy is at pages 308 to 311 of the Plan, and the complete document can be seen here: London Plan 2021

This is another example of a developer apparently trying to ride roughshod over planning regulations. See what Jane Jephcote, Chair of the London Pubs Group, had to say to Wandsworth Council in response to the 2016 retrospective application to demolish this building: The Alchemist - Planning Objection. But in September 2016 Wandsworth Council gave retrospective approval to the demolition of the building, and subsequent rebuilding to include residential accommodation on the upper floors, but included a condition that the ground floor had to remain in pub (Planning Class A4) use. The story didn't end there. In December 2018 Wandsworth Council refused an application to change the use of the ground floor pub area to business/professional, cafe/restaurant, or takeaway business(es), because of the loss of a community asset. Having apparently not got the message, in March 2019 the owners submitted a further application, this time to change the use of the ground floor pub area to Planning Use Class D2 (Assembly and Leisure). Once again, much to their credit, Wandsworth Council refused this application because it would "result in the loss of a public house of historic and community value". But the saga continued; in October 2019 an appeal to the Planning Inspectorate against the most recent of Wandsworth Council's earlier two refusals was made. The Planning Inspectorate should of course have dismissed the appeal and supported Wandsworth Council's position, but unfortunately they don't have a good track record in this respect, and in this case they allowed the appeal thus giving planning permission for the change of use. 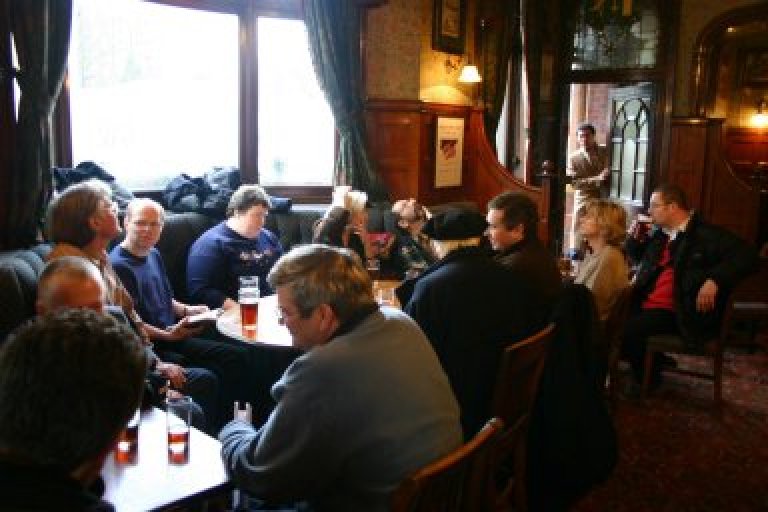 Articles on heritage pubs are always welcome. We currently have a number of articles including one on the artist Mick Smee, who has produced a number of paintings of heritage pub interiors.

If you wish to submit an article and/or a photo for this page, please e-mail them to Jane Jephcote at ku.gro.puorgsbupnodnol@ofni.