Although this pub is not a listed building, it is on CAMRA’s Regional Inventory and the description is as follows: “This pub follows the gentle curve of the street. It went up in mid-Victorian times to serve the developing neighbourhood but is included in this guide for its 1930s makeover. You can see clear signs of this outside in the buff tile facing on the ground floor and the attractive strips of glazing in the windows. The left-hand room was extended but only the bar counter survives the rest having been given a dull modern look. But on the right is a pleasant and remarkably intact room from the 1930s. The walls are elegantly panelled to half height and there is a low-key Art Deco frieze. The bar counter is panelled and follows the style of the wall panelling while the picture is completed by a Tudor-style pink marble fireplace. History on the spot: The Magdala is famous as the place where Ruth Ellis shot her abusive lover, David Blakely, on Easter Sunday 1955 and went on, after a short trial, to become the last woman to suffer capital punishment in the UK. She went to the scaffold on 18 July the same year. [Don’t be fooled by the apparent ‘bullet holes’ on the exterior of the pub. A former licensee ‘created’ them to drum up curiosity and thereby increase trade.]

Pubs in the area: If it has reopened by the time of this tour and if you have time, look in at the Bell of Hampstead (formerly Cork & Bottle; G E Aldwinkle’s; originally White Horse), 154 Fleet Road, just to the south. The prominent corner-site pub of around 1900 has impressive and highly unusual enamel-panelled ceilings. On the way, the Garden Gate has a good ‘brewers’ Tudor’ exterior but has a modern interior.”

The Magdala’s ‘R’ category is ‘Restored’ because it was closed for a few years and was neglected. However, its interior was carefully restored in 2021 and it reopened in May that year. 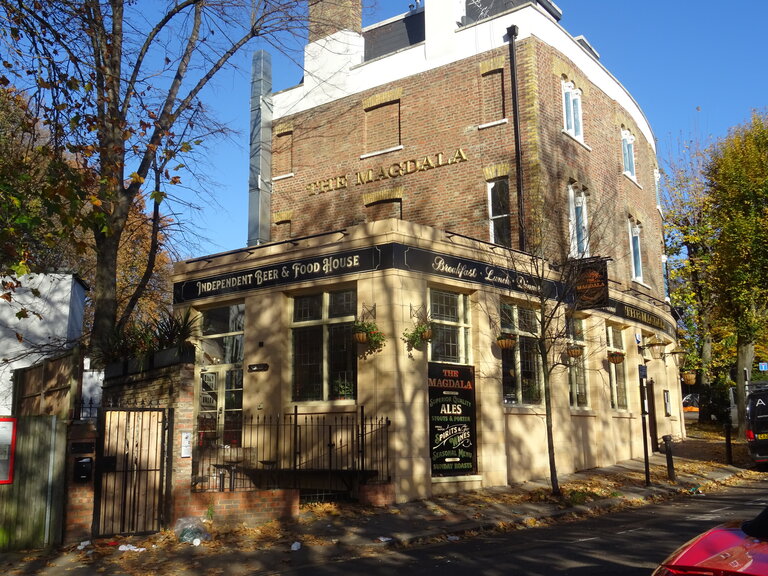 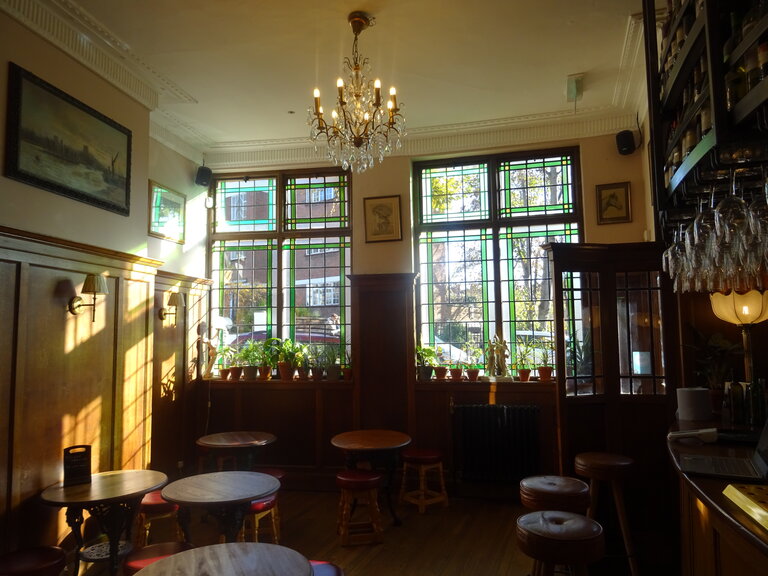 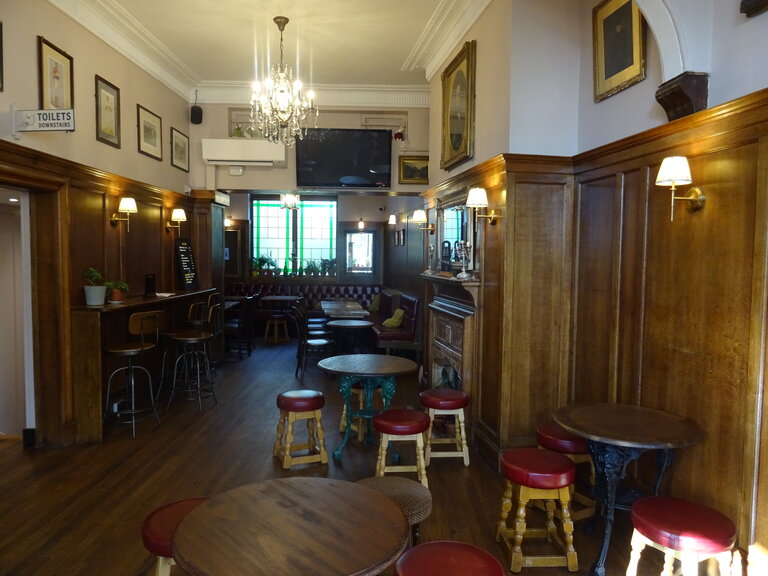 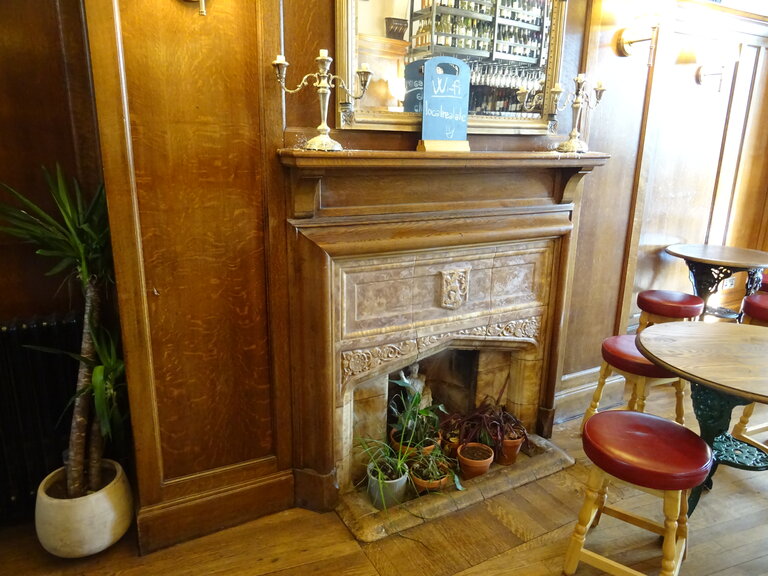