Although this pub is not a listed building, like the Dartmouth Castle it has an interior recognised by the Campaign for Real Ale (CAMRA) as being of some regional importance and the description is as follows: "Three storey late-Victorian pub of red brick with ‘The Pear Tree’ in stone relief at the top and carved heads in stone over the windows on the first floor. The ground floor has a larvikite finish and there are doors on the left and right with ornate cast-ironwork above including the wording ‘The Pear Tree’. The door on the left is now blocked off so the interior was originally subdivided but any partition was removed some time ago. There are signs of changes in the inter-war period but the pub is little altered since. The pub has a good unspoiled feel with a long scrubbed table and low benches at the front and is candle-lit.

The U-shaped servery takes up a large portion of the trading area and has an old bar counter which looks more inter-war than Victorian, but dark brown stained panels on the front right look a later addition. The bar back has three bays – left one is a doorway – the other two of mirrored panels and multi-pane upper sections reaching the ceiling. There is also an island (gantry-style) bar back but only a lower section which looks old. A fireplace on the left has a carved wood surround and a 1930s brick interior; the one on the right has a carved wood surround and brown tiled interior that could be of an inter-war date.

A wide doorway with curtains (very traditional!) leads to a small room at the rear right with dado panelling painted so difficult to date. Wood surround fireplace. A coffee machine is positioned where what looks like a hatch for service. Look for the gap on the left hand end of the bar counter which allows customers to walk through the servery to reach the rear right room.

The Pear Tree features on the The Twelve Days of Christmas: Evening Crawl of Hammersmith, West Kensington and West Brompton on 12 December 2018. 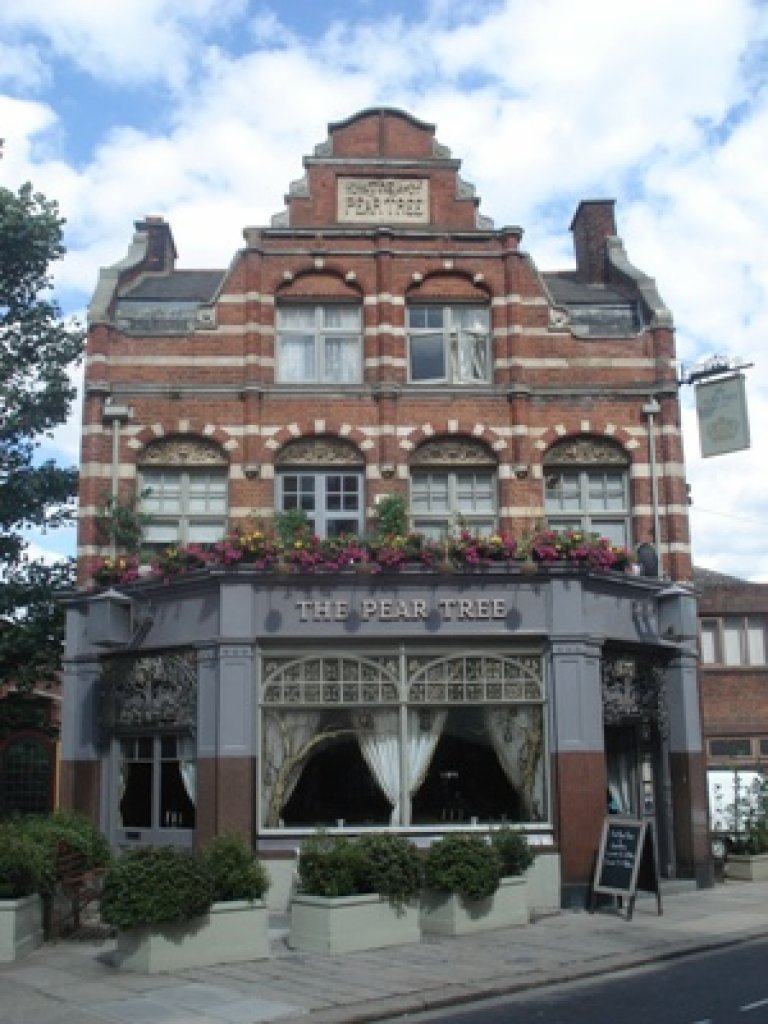 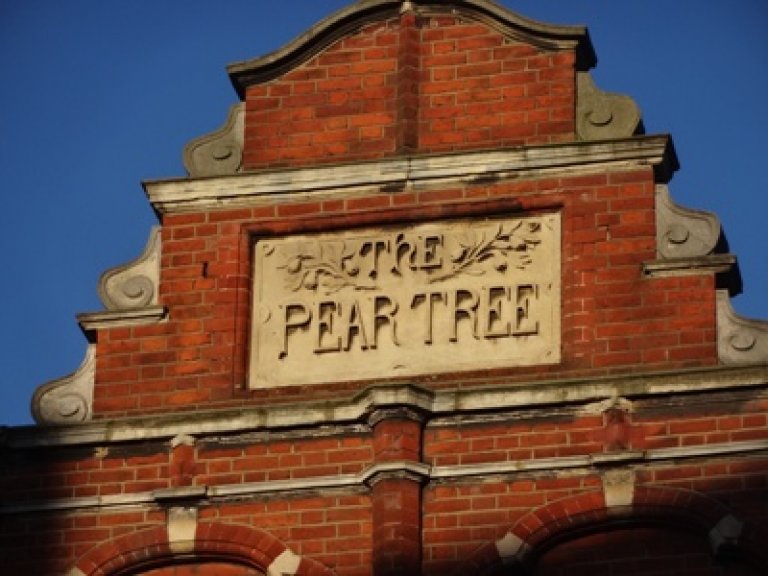 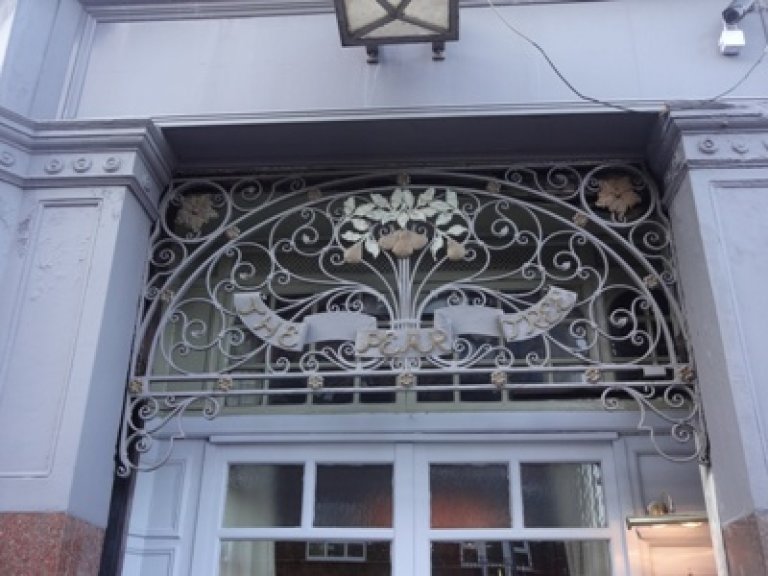 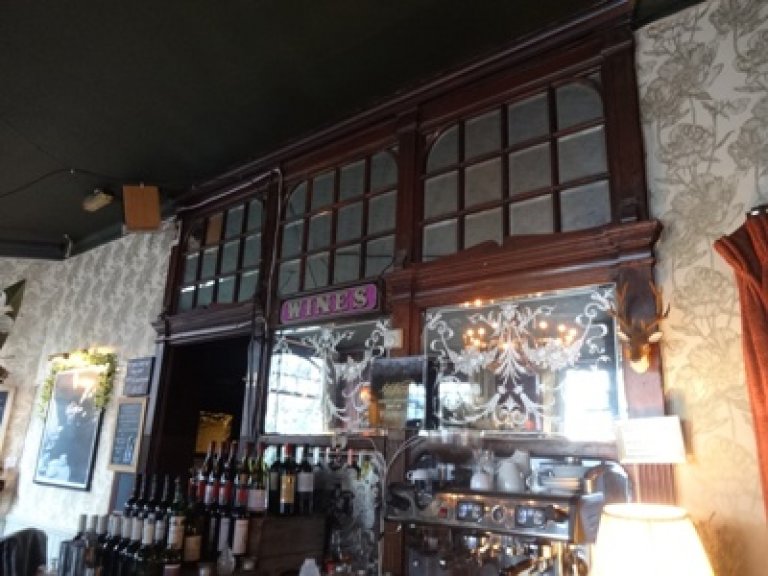 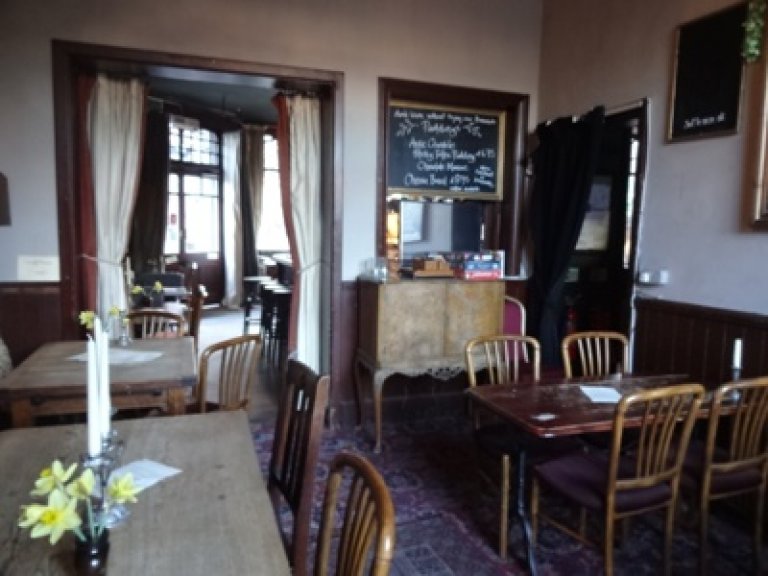