Although this pub is not a listed building, it has an interior recognised by the Campaign for Real Ale (CAMRA) as being of some regional importance and the description is as follows: "Built 1867 with three exterior doors, it now has an open plan interior but is well worth a visit to see its stunning six-bay late Victorian bar back. Bays one and two and also five and six have ornate mahogany broken pediments at the top featuring carved faces. Just below is a frieze of pairs of figures in relief painted in gold on a dark blue background. The main feature is a row of six mirrored panels with etched lower sections featuring birds and flowers. The whole room has a good frieze and deep cornice all painted brilliant white. Note the dumb waiter – the wooden exterior looks late Victorian, the lift modern and in working order. The bar counter might be old with a row of strapwork along the top and modest brackets."

The Dartmouth Castle featured on the The Twelve Days of Christmas: Evening Crawl of Hammersmith, West Kensington and West Brompton on 12 December 2018. 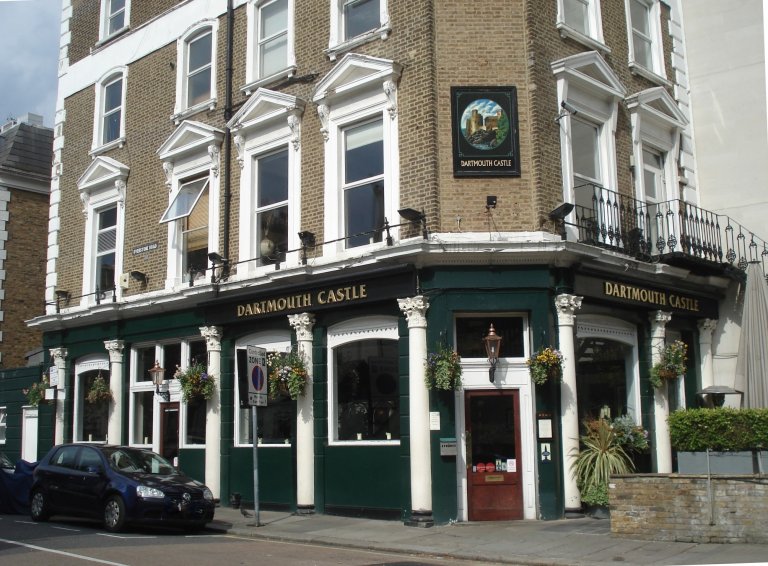 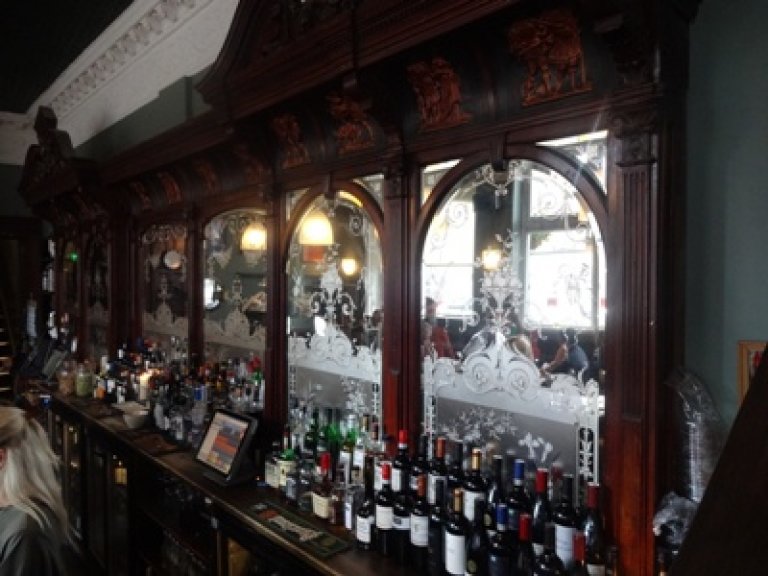